Be Bold For Change

As some of you may be aware I write for 2 blogs, my running blog and a blog for the church I am lay pastor for. For the most part I keep my 2 blogs separate.
For this one post I would like expand to the broader audience of my main blog, and as we are just coming off of International Women’s Day.  My hope is to bring a greater awareness of the plight of women worldwide who do not enjoy the rights and privileges we enjoy in the Western world.

Thank you for taking the time to read. 🙂

This past Wednesday March 8, 2017 was our annual International Women’s Day. It is a global day recognised by the United Nations that celebrates the cultural, economic, political and social achievements of women.  But the day is also very important to bring awareness that we still need to do better to bring about gender parity.

Tracing the history we go back to 1908 when 15,000 women having grown weary of the inequalities marched through New York City demanding voting rights, better pay and shorter hours.  The following year the 1st National Women’s Day was observed in the United States.  Over the next few decades other countries would give recognition to their women.  It was not until 1975 that International Women’s Day was celebrated for the very 1st time. 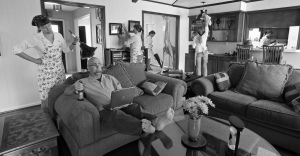 Although not perfect by any…