Reflections on a 3224 Kilometer Journey. My #GVRAT1000k Triple Crossing.

It was August 4th 2020, and day number 96 of the Great Virtual Run Across Tennessee. After finishing an initial virtual crossing of 1021.68 kilometers in 50 days and a second crossing in 40 days, I found myself way over my head in an attempt for a triple crossing. I originally had no intention of a 3rd crossing. Just too far behind. But a Twitter runner friend named Gail (who was attempting a 3rd crossing, and was also behind) encouraged me with these words, “WE can try”. So a triple crossing attempt it became. 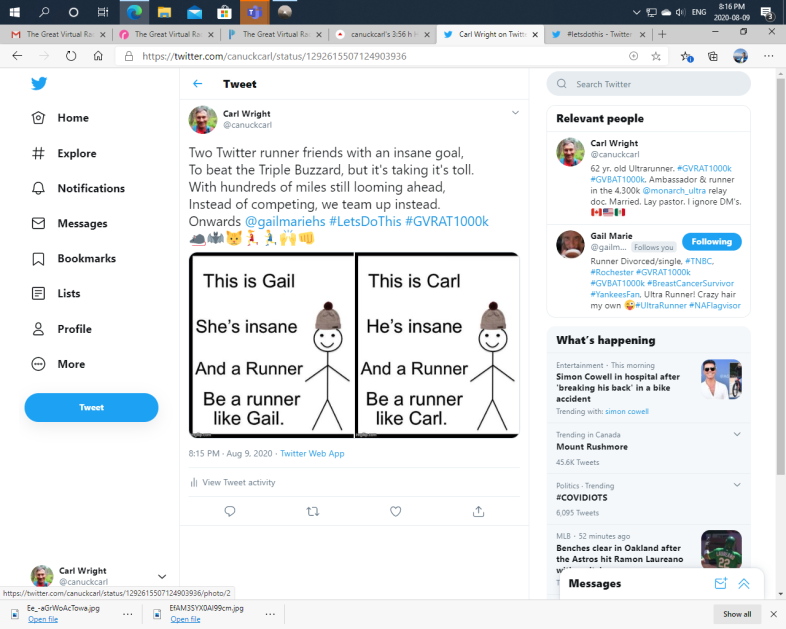 Twitter friend Gail and I were often encouraging each other with zany tweets to keep each other encouraged, focused and pushing hard.

The virtual race is based on an actual 1021.68 kilometer race called the Great Race Across Tennessee directed by Lazarus Lake who is best known for directing the arguably craziest race in the world…the Barkley Marathon. I started my third crossing July 30th, 201.7 kilometers behind where I should be. Which is a pacer called the triple buzzard. The triple buzzard is a sort of a pacer which travelled daily at 24.92 kilometers. I needed just under 32 kilometers a day over 33 days to catch up and finish before the August 31st cutoff.

More than happy from a double crossing of 2043.36 kilometers. Had lost 15 pounds at that point and was feeling very good. To cover another 1021.68 kilometers in 33 days or less was quite ambitious.

Having spent nearly all my time on forest trails in this race, there had been literally thousands of mosquito and deer fly bites over those previous 90 days. I’ve had to fend off unleashed dogs charging at me in extremely unfriendly terms. I had a errant bullet fly over my head from people target shooting behind a neighboring barn. There had been days of oppressive heat and humidity. And I had been caught out in several electrical storms. All of this was wearing me down. 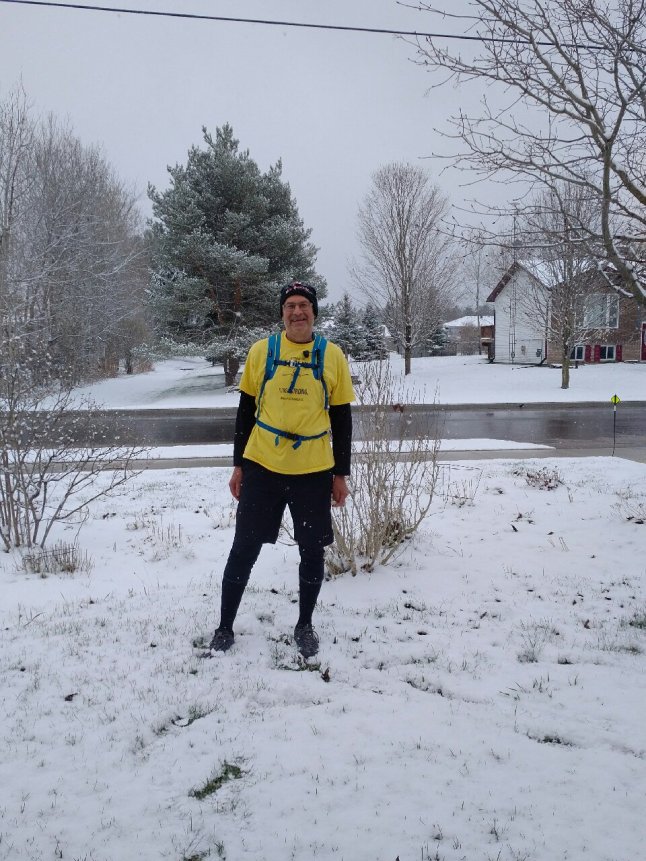 Even had snow 2 weeks into the virtual

Part of the package of spending so much time in the bush during this virtual is the massive number of mosquito and deer fly bites. Plus black fly bites earlier on in the virtual.

I have completed 14 ultras over the past 5 years. I am not fast, so every one of them had that hard cutoff hanging over my head. Keep pushing, keep fighting to stay ahead of that cutoff. The difference with this 3rd crossing was that I was feeling that cut-off pressure everyday I went out. Every day I would be out on the trails I would be questioning myself, “Why am I doing this, I’m 62 years old. What am I trying to prove? I’m never going to make it anyways”. 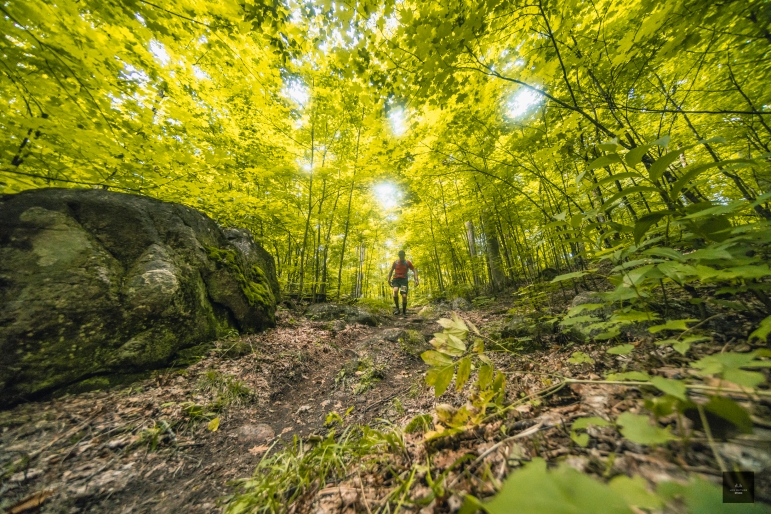 There were times I needed to look back at how I overcame previous ultras. Such as my most challenging Ultra to date, the 150k 3 day semi-supported stage race Bad Beaver Ultra. Directed by Canadian extreme adventure legend Ray Zahab. There is so much mental involved with the long distances. Image Source Life Outside Studio

And now on August 4th, 2020 I was at my low point. Another major electrical storm. I had been at the point where I was hiking the majority of my distances. So being out for 7 to 8 hours,  there was no way to avoid it. During yet another torrential downpour and thunder boomers getting closer, I decided to head to a fittingly low point in the forest and wait out the storm there. Then head home and announce to the social media world I’m stopping my 3rd crossing attempt and am happy on my double crossing.

Yet another torrential downpour

As I sat there like a drowned rat on a log I remembered a letter I had stuffed in to my hydration pack just the day before, thinking “I might need this someday”. It was from extreme adventure cyclist Shane Little. Shane is from the Netherlands and is one of a small handful of extreme athletes I have met in person on this planet who has deeply inspired me. I met Shane 6 years ago following his Trans-Labrador cycling expedition in the dead of the Canadian winter. Shane has cycled his mountain bike 30,000 kilometers on 4 continents. Much of it being inhospitable terrain. He is known for digging very deep to find the grit and resolve to keep going.

Meeting up with Shane Little in a Barrie, Ontario Burger King following his self supported Trans-Labrador winter expedition 6 years ago.

In 2020 Shane had to look death in the face three times. The cancer of his partner, the crash of his mountain bike, and being blindsided with COVID-19. While he has been slowly recovering, he has been following my Tennessee journey with acute interest. What I am having a hard time wrapping my mind around is that while he is getting his strength back, I have become an inspiration to him. Here is his letter I opened during that torrential rain storm. 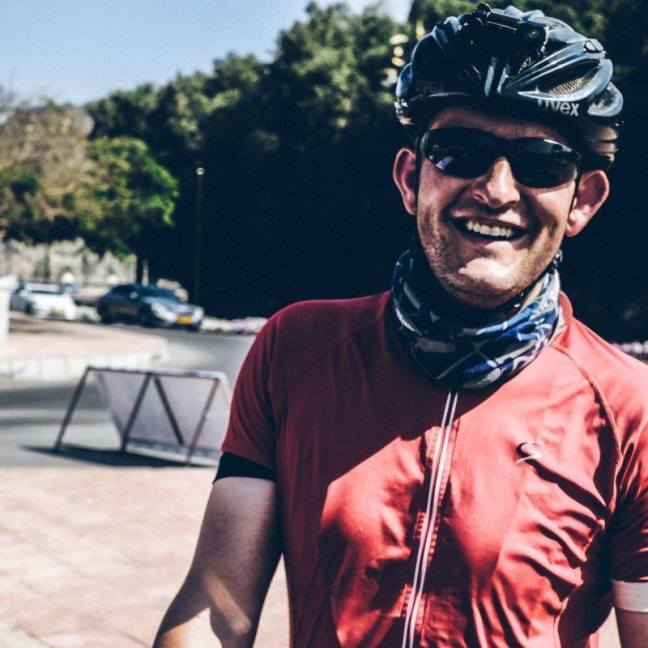 Not only has Shane done some massive challenging bike tours, he has completed some crazy tough adventure races. This picture after finishing Biking Man Oman, 1040 kilometers in a time of 59 hours 7 minutes. Held in the Sultanate of Oman of the south-east Arabian peninsula.

“Carl, lets take a little moment for perspective. You’re not a natural born ultra runner, you’re not half your age. You didn’t have half the last 10 years paid for by a sponsor so that you can spend just about all your spare time running, resting and eating the right food. You’re a 62 year old man without a job that has been faffing around the last couple of years trying to learn to run in that crappy Canadian climate. You’re a 60+ year old man that has run thousands of kilometers this year, not a couple of days, not a couple of runs. But thousands of kilometers old man!!!!! You are an inspiration and motivation for those of us that one day also want to achieve great things. Find your balance, enjoy the remaining days of this challenge. Do what you have to do to remain smiling every day rather than ticking a box, You’ve already done something far out of the box.
And if all else fails, shut up and run”.

Being an ambassador and runner for the 4,300 kilometer Monarch Ultra relay from Canada to Mexico I also got much inspiration from this beloved butterfly. A 1st in my lifetime was to witness copulation. Something I may have missed if I were not running this 123 day race.

By the time I read and reread that letter it was a mushy mess in the downpour. But I knew what I needed to do. Quitting was not one of the options. Yes, there would be more aggressive, unleashed dogs and hundreds more mosquitoes and deerfly bites. More days of oppressive heat and humidity. Avoiding loggers who by then were working off of some of my favorite trails. A few more violent electrical storms. There would be hornet stings to come. Even encountered a man illegally dumping garbage out of the back of his pickup in the backcountry. Something I probably should not have done was to confront him, as it could have got dangerous. So upset I acted before I thought.

Through all the challenges I had,  I experienced nature in such a real and personal way. And when you are not able to hug your friends…hug a tree! Which I did every day. 🌳

As I have been doing my daily updates on my Facebook running page and Twitter account people have encouraged me and cheered me on. My Twitter friend Gail and I have daily been pushing each other with our tweets. It has been an amazing experience. And a few days after sitting low in a valley reading that letter from Shane Little in a thunderstorm I had a one hour video chat with him. It was what I needed to dig deep and keep pushing. My estimated finishing date at the start of my 3rd crossing was September 12 (12 days past cut-off). I ended up finishing my triple crossing on August 27th, 4 days before cut-off.

This has been one of the toughest things I have ever done, but also one of the most rewarding. I lost somewhere around 25 pounds. My blood pressure and resting heart rate is better than it has been in years. As someone who struggles with mental health issues, getting out there each day kept my mind free of cobwebs. I slept like a log each night. This virtual race was the best thing for me during this pandemic. 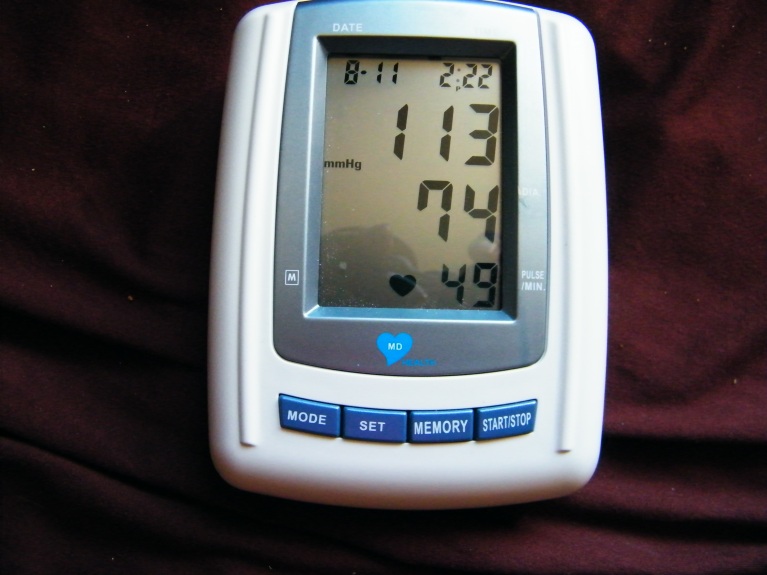 I am one who is extremely passionate about the environment, nature and the outdoors. This virtual has really gotten me up close and personal with the natural world. It has given me a renewed passion to fight for our planet. Not just for myself, but for future generations after I am gone. Even though I don’t have that great a camera, I have taken many hundreds of photos. Only a very small percentage of what was posted on social media.

Immersing myself in nature every day did me so much good. Most days I did not get in a car to travel. When I did it was usually around 10 km (to my beloved Copeland Forest). The maximum I drove the entire virtual was 30 km from home. Photo credit Alicia Freeborn. 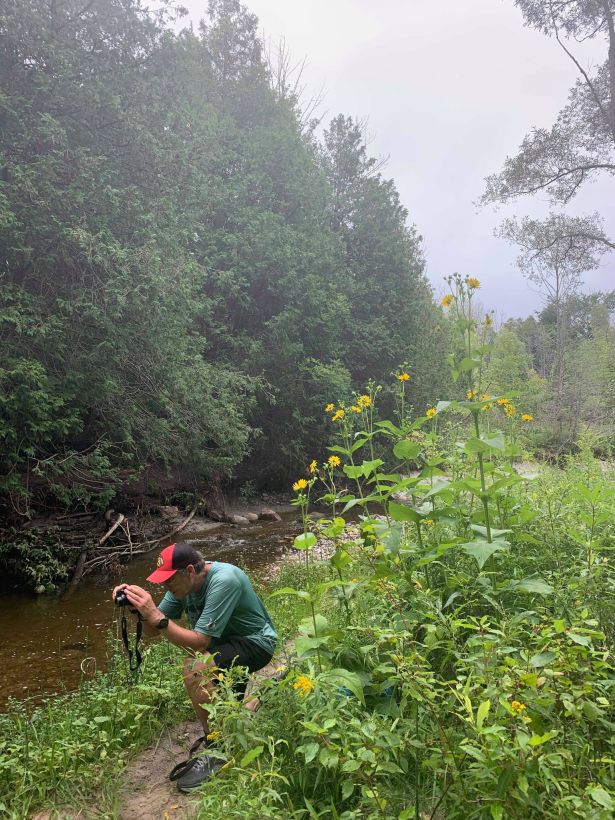 Taken by my runner, tree hugger friend Alicia, who joined me for a day near the end. I don’t have a very good camera, but I really do enjoy taking photos.

A couple of things mentioned from Shane Little, my adventure cyclist friend from the Netherlands was first to prepare myself for what could be a “black hole”. I have pushed myself hard for so long. And once finished it would be easy to find myself with the blues. Shane mentioned, “Taper down, but don’t stop cold turkey”. Shane also mentioned to start planning for something else really big. I don’t know yet what that might be yet. So stay tuned. 🙂
Have there been anyone who you have met or who you have not met who have inspired you you to achieve a goal you thought impossible?

Final stats 89th place out of something like 19,620 runners. One thing I noticed that the finishers in the top 100 did not stop once they hit 3x status. They kept going. What it meant if I were to retain my double digit position I would need to keep logging miles until the very end of the virtual on August 31st. Which I did, and ended up finishing with 3214.4 kilometers, or 3.15 crossings.

On my 13th kilometer in on August 27th I reached a yellow gate, changed into a #GVRAT1000k shirt and using a self timer on my camera, I took my picture at the completion of the 3065 kilometer triple crossing. 🙂