It is Santa Claus parade season again up here in Canada, and most cities and towns really go all out to kick in the Christmas season with their very own parade.  The City of Barrie (the city closest to me) has a Santa Claus parade which has been an annual tradition for generations.  I remember looking back over 50 years ago standing with my family on that main street in Barrie with eyes filled with awe and wonder. Witnessing this as a farm boy the entire parade seemed to be larger than life.  The marching bands, and the floats with costumed characters seemed so wonderfully other worldly.

An hour before the parade started families were staking out a spot on the route.

So much has changed in these past fifty plus years.  Businesses within the downtown have come and gone.  Some buildings have been destroyed by fire, while others faced the wrecking ball to be replaced by new development.  The biggest change of Barrie has been it’s growth.  A half a century ago Barrie was a small town under 20,000 people.  Today it is one of Canada’s fastest growing cities with a population of 141,000 people, a 700% increase. 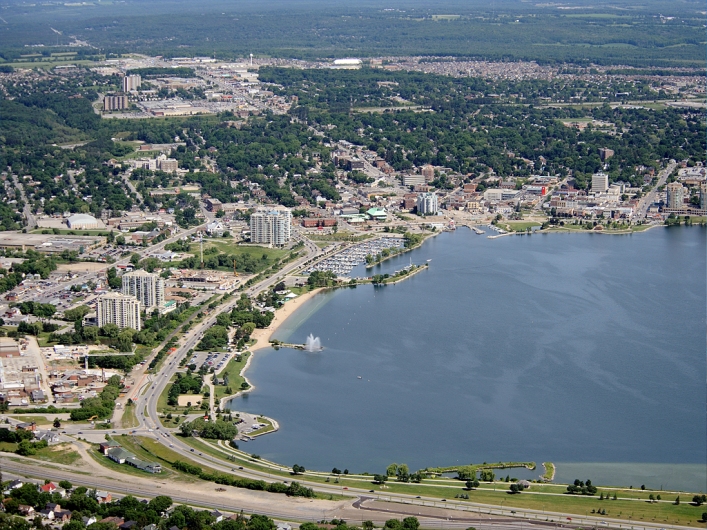 “Beautiful Barrie” photo shows the central and north sections.  Barrie has seen tremendous growth over the past half century. Photo credit City of Barrie.

Fifty plus years ago the Santa Claus parade used floats consisting of farm tractors pulling farm wagons and work horses pulling their wagons.  This has given way to trailers pulled by pickup trucks and 53 foot heavy equipment low boy trailers pulled by big rig trucks.  Now with portable generators the parade is held just as darkness falls. The lighting on all the floats was nothing short of breathtaking.

This float for The Navy League of Canada in preparations before entering the parade had a friend of mine driving the big truck rig. Photo credit Nick Philips.

You can see the reflection on the road from all the rain that came down during the parade.  One of the differences with the floats now from 50 years ago is the beauty of the Christmas lights.

There is one thing that has not changed and that is the innocence of little children.  I marvelled with awe and wonder as I subtly observed them around me at the parade, waiting with a quiet anticipation for the arrival of Santa Claus. They did this for over an hour in the pouring rain. Some were sitting on curbs, others firmly standing beside mom or dad.  The temperature was only 3 Celsius. 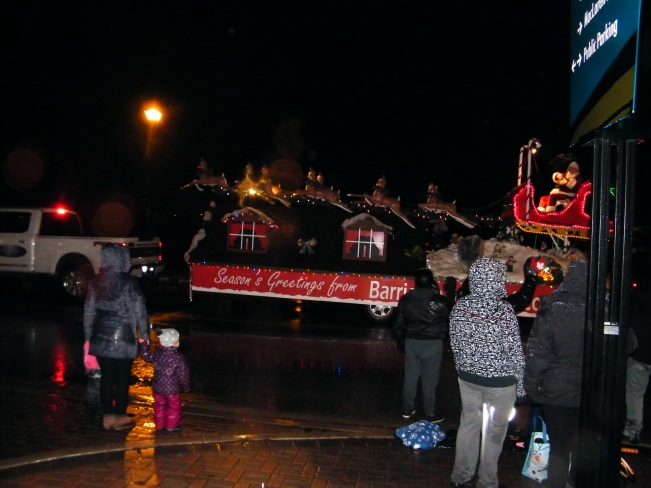 Amazed by the little children quietly waiting for over an hour in the rain.

It has me wondering what the next fifty years will be like.  With instant technology we live in a world that is so much smaller and children are growing up so much faster. In our heart of hearts we want our children and grandchildren to inherit a world that is as good if not better than what we enjoy now.  But there is a lot at stake.

Our children and grandchildren are going to inherit a planet from the choices we are making today! Image source theodysseyonline.com

From the website “The World Counts” it mentions on average every human uses sixteen kilograms of resources extracted from the earth every day in the form of metal, fossil energy and minerals.  This is putting enormous pressure on the earth’s remaining natural resources. 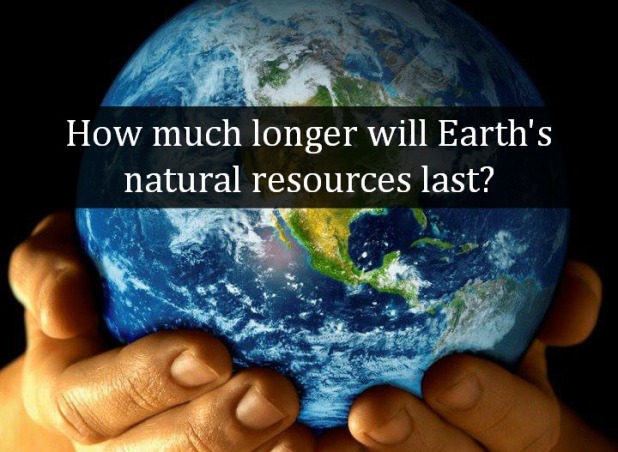 In the last 45 years the demand for earth’s natural resources has doubled.  There are two main contributing factors to this.  The first is rising living standards in rich and emerging countries.  More products consumed equals more natural resources extracted. The second is increasing world population.

Fifty years ago the term “recycling” was unheard of on the farm where I grew up. Yeah we fixed things, tried to make products last longer.  But eventually a product reaches the end of it’s life whether it was a kitchen stove or a tin can.  Then it was hauled off to the dump to be disposed of. And more natural resources would have to be extracted from the earth to produce a new stove or another tin can.

Recycling reduces the waste sent to landfills.  It conserves natural resources.  It reduces energy to make new products from recycled material compared with raw natural material. It reduces the impact on the environment.  As we think of gifts for our children and grandchildren this Christmas let us put a better world on the top of our list. This is my Christmas wish. Let’s be diligent as we reduce, reuse and recycle. “All of us should be involved in our own futures to create a world our children will want to live in” ~Harry Chapin~.